A ‘leak’ in early September about radical changes to the 2019 Championship Tour made the pro surf knitting circle’s collective ringpiece twitch in excitement / disapproval… Mainly excitement on our part.

Proposing the biggest changes to the tour that crowns surfing’s World Champs since 1992’s WCT/QS separation / 2011’s ‘Aint no fuckin tennis tour’ mid-season rotation / ever, the Tour, the leak claimed, would be condensed to a shorter season, starting at Pipe in Feb and ending in a Grand Final style play-off in Indo in September, to crown Men’s and Women’s World Champs.

Meanwhile, the Qualifying Series would be a short 3 month affair held in the off-season (i.e. after September). When the news hit, your correspondent was in the Azores for the QS6000, where the overall vibe seemed to be very positive about the last bit.

The reason? Probably money. The powers that be spend a canny bit of dough putting on heats that have little or no effect to the World Title race, and perhaps don’t do a whole lot in terms of entertainment. Surfing’s chief issue with the seeded, knock out style tournament, is that only one heat is ever really held at a time (except Slater’s format at Pipe, where it’s two, kinda). Imagine forcing the Wimbledon crowd/TV audience to watch an endless series of 5 setters out on Court 26 between the world no’s 30-something and a hundred and who-cares, one by one, for a few days, before being allowed a sniff of Fedz or Djoko. 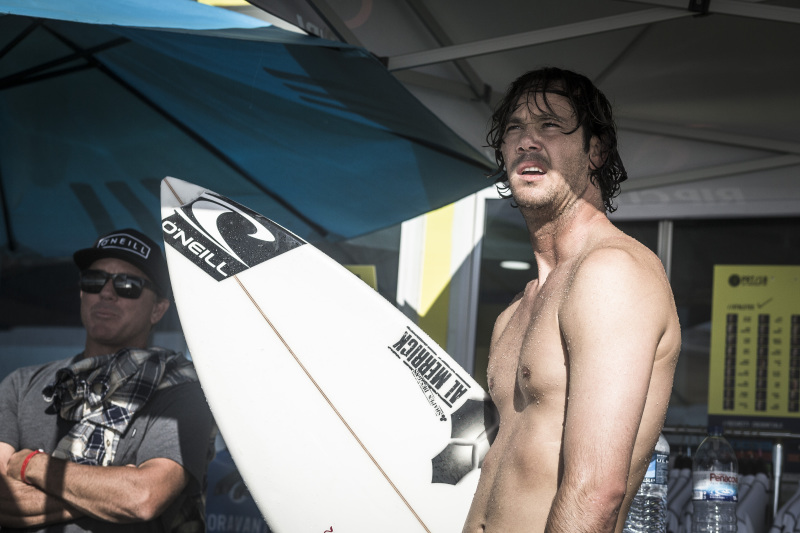 If John had the deciding vote, would he save the QPF from extinction / QS oblivion?

Tour Manager Renato Hickel, who has been on Tour longer than The Stones, recently gave an interview to Portuguese sports newspaper O Jogo, in effect the first official line on the matter from the WSL. Hickel confirmed that after the conclusion of the regular WSL season, there will be “special event, in which the five or six best male ranking and the top three or four of the female would decide the world title. This event would, in principle, be in Indonesia,” said Hickel. “Anyone who does not qualify from the top 22 will be able to concentrate on the qualifying circuit.”

As for next year, things will be largely unchanged, but it doesn’t take a genius to figure out that there will be no Quiksilver Pro France in october in 2019, if the tour ends at Chopes in Sept, which would be a massive bummer for Euro surf fans. Even if it remained but instead as a QS, it probably wouldn’t captivate the Euro shred audience in quite the same way.

There are also reports from insiders that Portugal could survive the chop, and will be the second event after Pipe, in late Feb/early March.

Would you like to see the Quik Pro relegated to a QS? Disappear altogether? Are you psyched on 2018’s Euro leg becoming the last ever? If you had to kill the Quik Pro France or Meo Rip Curl Pro Portugal, which one?

The surf world mourns the loss of a brother

We sniff out the best deals on discount stoke