All photos by Terry Richardson

Pro surfer/model/serial twerker Anastasia Ashley taking off the overwhelming majority of her clothes in a photoshoot with controversial photographer Terry Richardson, whose work ranges from the family-friendly and respectable to the borderline pornographic…. Hmmmm, sounds like a moral minefield. So before we step on any more mines, we’re just gonna hand over the photos.

P.S. He’s also photographed Julian Wilson before, scroll down for the snaps. 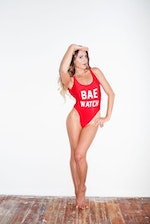 The rest of the photos are up on Richardson’s website, Terry’s Diary. But here’s what you’re really after, J-Dubs! 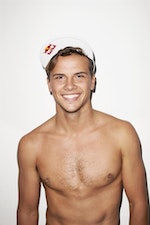 Kelly Slater Stands Up To SeaWorld

Or tries to, at any rate

Kelly Slater Stands Up To SeaWorld

Drama Behind The Desk: Pottz vs Strider

A difference of opinions on the Morning Show!

Drama Behind The Desk: Pottz vs Strider